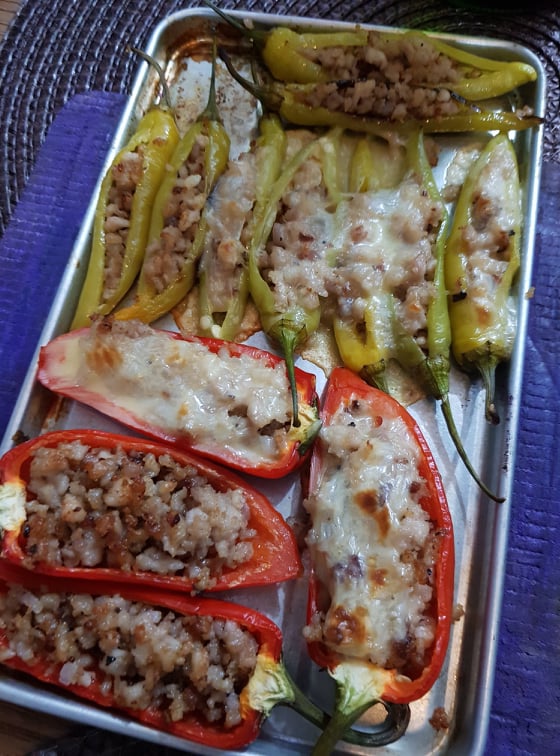 It’s the 4th Monthsary of Quarantine in the PH! At this point, we probably have all heard about the Quarantine Effect.  Weeks turned to months and months turned into a whole quarter plus!  Most of us just needed to find ways to be productive.  Some people turned to become vloggers, writers (I would like to believe I became one), performers, and online sellers.  These quarantine hustles have afforded us to keep our sanity and also something short of our old financial status, in the wonderful journey of staying at home. From crave to craze, here are 10 food that trended in the quarantine!

Before starting with my list, I would like to take the opportunity to thank those who continued to produce and provide raw materials and ingredients; those who found themselves tirelessly working, noodling and experimenting in the kitchen, and to those who braved the roads to bridge the gap between the farm and the kitchen, and kitchen to our doorsteps to deliver new and old gastronomic experiences we craved for.

On top of the list is the taste of good old fast food we all know so well.  We thought it would be months before we could feel joy after binging in on deep-fried breaded chicken.  But Jollibee did not fail us!  They pushed through!  Early in the quarantine period, they informed the public that they will be selling ready-to-cook chicken, tuna pie, spaghetti sauce and even their pancake mix!  They made these available through their branches which remained open and also in selected grocery stores metro-wide.

Not long after, other fast food chains followed suit.  McDo, Shakeys, even popular kiosks like Siomai House and Potato Corner opened their freezers for us.

Following fast food’s footsteps were the other go-to food establishments and restaurants who decided to open their doors to serve the lining-first-before-dining customers.  Well-known bakeries such as Red Ribbon, Goldilocks, Contis, and Mary Grace offered their best-selling cakes for the craving population.

A box of doughnuts is also prevalent these days.  Whether its from J. Co, Krispy Kreme or Dunkin Donuts, it satisfies the craving of locked up individuals working or taking it easy at home.

SNR was one of those establishments that remained open during the ECQ, since they have a grocery store.  Their pizza was a very popular choice!  Crates of pizza boxes were delivered by racketeering individuals to households celebrating either a special or just an ordinary day.

Speaking of special occasions, savory food in boxes such as pancit, pasta, lechon belly, crispy pata, were one of the top choices to order to celebrate a special event at home.

Number 3 is: Samgyupsal at home

Samgyup-style restaurants were up and coming before the pandemic even started.  It would be hard to imagine people not missing the fun of grilling and eating food in the same table.  So enterprising individuals began offering portable electric grillers, and tying it up with a supplier of thinly sliced meat, fresh vegetables and kimchi.  A samgyupsal electric barbeque grill also came with a hotpot, simulating the Korean resto experience.  All you have to do is order in one go and voila, enjoy samgyupsal in the comforts of your own home with the bonus of cleaning up the flatware and priced kitchen gadget that came with it.

If I remember it right, this was the first DIY craze during the quarantine.  Whip instant coffee and sugar with water until it is foamy enough either with a whisk or a mixer.  Top it on milk and savor a café-style serving of a milky coffee.

South China Morning Post relates that Dalgona Coffee roots from South Korean streets way back in the 70s and 80s.  It is “ppopgi” in Korean, which means “honeycomb coffee.”

To cater to all ages, since all family members are present at home, there were eventually, different variants which included Dalgona Milk, Dalgona Chocolate, Dalgona Milo, etc.

If we have coffee, then we must have pan de sal.  In the past, we have had pan de sal variants with filling such as those still available in Pugon (Tuna pan de sal, for example).  But quarantine brought people to think out of the box.  They needed to create something purple and so they did!  Not only did they fill it with cheese but they infused the dough with ube, hence the name.  Some bakers are also adding ube halaya in the filling. Seriously, though, I found recipes on the net dating back to 2019. I guess these purple pinoy bread has been around even before the corona made the leap (from animal to human).

But no denying it’s trending prowess, like the corona, it has also evolved! Just yesterday, I have seen a seller offering ube-cream cheese, red velvet (reddish pink) and pandan (green) pan de sal.  I guess we are in for a multi-colored pan de sal in the coming days.  I can’t wait to try them all!

Next came from another Filipino recipe, or should we call Filipino-Filipino fusion, the Puto Leche.  Puto with leche flan bottom, this may have started before the pandemic but trended during the quarantine.  Around 10% of the Philippine population may have tried to make this at home, including myself. This story ends here, just notice that the image did not come from my kitchen, if you know what I mean.

Anyway, it goes well with coffee and it is a definite sweet tooth curb-er.

Filipinos just cannot get enough!  We do not stop at 2, so somebody thought about creating a 3-in-1 delicacy.  From top to bottom: mercedez meringue, leche flan and ube halaya!

Checking Wikipedia, this is actually a Filipino twist on a French dessert called Floating Island.  No steaming or baking needed, they cook the vanilla custard, spread it on a plate and top it with what seems to be a scooped meringue.

Pinoy version went a long, long way.  Ours look more festive and more sumptuous.  Once, I have tried to order this ultimate dessert but it did not push through.  I will try again and I know I will succeed.

Apart from well-known bakeries and restaurants offering cakes, individual sellers, near and far, bring tons of choices for home-made cheesecakes!  Since cheesecake preparation does not always need baking (thanks to crushed crackers/cookies and butter) and is relatively easy to prepare, non-baker foodies must have found their niche, getting creative with the different flavors they can match with this versatile cake.

Basque Burnt Cheesecake is also making its rounds on social media nowadays, calling all the cheese-lovers’ name, including mine.  It is basically a burnt cheesecake.  Crustless and baked at high heat, it will turn out to be burnt outside but, done right, it will retain its creaminess inside.  Sounds like going through hell before finding heaven!  I have yet to try this, but I, soon, will.

This cheesy treat, I have tried.  As I am a big dairy fan, it did not fail. From what I have read in Angkas/Food delivery groups, the original cheesy milky donuts came all the way from Cabuyao, Laguna in the Mix-Up Breadhaus N’ Variety Store.  Of course, there have been other bakeries or individuals who tried to duplicate it, hence, its popularity.

The bread’s consistency is almost similar to that of Dunkin Donut’s.  The saltiness of the cheese filling mixes well with the sweetness of the generously sprinkled milky powder outside. Yum!

Filipinos love Japanese food.  Maybe that is why Baked Sushi or Sushi Bake was hyped as well this Quarantine.  According to vice.com, this creamy and filling dish first appeared in the Philippine scene in 2011.  It is made of Japanese rice, kani, Japanese mayo and other ingredients that will depend on what kind of Japanese roll is being transformed into a tray presentation.  Sheets of seaweed or nori is included when you order a tray and you use it to hold a small serving and then, put everything in your mouth.  I have tried the Baked California Maki and I liked it, much like how I enjoy the regular roll in pre-pandemic time.

Everyone knows that food is our main source of energy.  It is one of our basic bodily needs.  We are also aware that, in a way or another, it helps in relieving our stress.  After 4 months of staying indoors, I find that cooking and eating different kinds of food has become one of my family’s adventure and it has been so much fun!  I am one with John Walters when he said that “The only thing I like better than talking about food is eating.”

I also made a list of hashtags that might have predicted the pandemic. You can read it here.

2 Replies to “From Crave to Craze: 10 Food that Trended in the Quarantine”