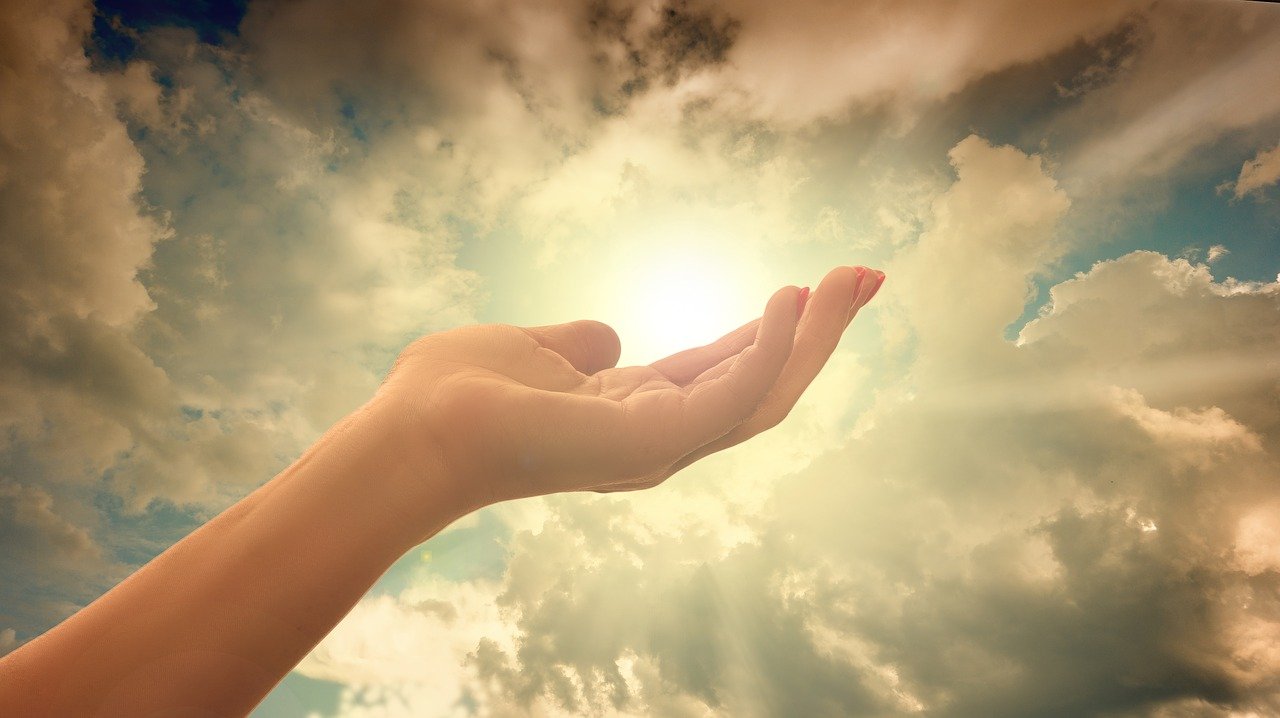 Seventeen months into the pandemic and my little circle of family and friends have been struck with more and more blows recently. A friend, a friend’s mother, my brother’s friend, a friend’s father, my neighbour and a friend’s sister. Period, please come and stay here. Albeit, not due to covid, they left during its terrible, terrible time, when both life and death have been tough to deal with. Lord, save our soul!

In the “comforts” of my home, I dealt with both in the same corner. Through the rays of light coming from a 10-inch screen and a technology synonymous with “dash,” “race,” and “sprint.” Birthdays and funerals, work (teletherapy) and prayer sessions (virtual novenas), my hardworking Lenovo has witnessed it all.

More than ever, I am holding onto it dearly during these times of uncertainty. Waking up with your loved ones in the morning every day makes me whisper a prayer of thanks to up Above for the continued protection He is giving us.

Life is so wonderful. That is why the end of it, death, though inevitable, is always dreaded. Perhaps, it is just about the mystery and uncertainty that comes with it. Nobody died for a month and came back to tell us about his death adventures. Jesus did, but He is God! Lazarus also did! But he is God’s friend! And they did not give us details about what happens next after you breathed your last unless you read the book of Revelation and take everything in literally. I strongly advise, you don’t.

Do we really have a soul?

I am a devout Roman Catholic, and in countless times, I have prayed that my soul and that of my loved ones, whether living or dead, be saved from the stains of sins. The belief I have is that the soul that gives life to us. In death, it separates from the body and goes on to live the eternal life with the Lord, Who created it and lent it to us in the first place. Coming home to our Father, should have been a wonderful and joyful story, if not for the ones who will be left behind.

We are in a new age. Where scientists avoided mystical concepts before, today, with the advent of quantum physics and quantum biology, they are now more determined to offer a scientific explanation on prominent religious impressions. One such concept is the soul. I came across two articles about the scientific take on the concept of the soul. According to the article, the context of soul in science is used to refer to the concept of life after death. For them, it is synonymous with the term consciousness. It is, after all, what makes us conscious. The consciousness, as they speak of it, not only means life as being able to breathe; but also life, as in living it – memories, personality, feelings, etc. That is why, when you die, scientists say that your body is no longer you.

They have also long disputed the concept of eternal life. The position they stood for was that when the body dies, the soul and the consciousness dies as well.

The soul gets out-of- the-body and Near-death experiences

Most of us, if not all, are intrigued by out-of-the-body and near-death-experience stories. These are when the soul separates from the body before one’s ultimate end. We feel it in some of our living activities, such as when we take an exhilarating ride on a roller coaster. “Pakiramdam ko, naiwan yung kaluluwa ko!” or when we go in deep meditation.

One out-of-the-body experience I had was when I gave birth to my one and only child. I started going into labor on the night of a Holy Wednesday. We proceeded to the hospital at around 12mn. To keep the story short, my anesthesiologist and all the other anesthesiologists in the hospital were out on holy week vacation. My obstetrician contacted a friend from another hospital, but she arrived right after my husband heard our baby cry. I had given birth already, and with zero pain-numbing shots! The pain was too excruciating for me; my BP shoots up. Probably to ease the pain and make me sleep, they gave me Demerol. You probably thought I almost died. No, this is not my near-death story. This is the story of how I got high. For once in my life, I knew how it felt to be so high!

This is how it came about. Just before sleep swept my consciousness, I felt I was falling on very white and fluffy cushions. Cushion after cushion, I floated and felt my body underneath me. If it was ever a near-death experience, the thing that made me keep my breath was the remembrance that something I hold so dear was in one corner of the room. While I was continuously falling and floating, I remember looking down, on the right… somebody I am meant to live for kept tugging at my heartstrings. It was my baby whom I took a glimpse of, on my right, in the corner of the room, just before I shut my eyes.

(He is now 10 and I still feel the tugging of both our heartstrings. Read the letter I wrote for him when he turns 20 years old, here.)

We also hear these stories on TV. A coma patient who awakes and asks for water would be depicted in movies, and we are all in awe watching the scene. “He was tired travelling to heaven and back,” we would say while nodding our heads.  Go into the light is another well-known phrase of movie characters dealing with transparent figures on the screen. I suddenly feel like watching Casper, Ghost and Just Like Heaven. Do you? We can go up a notch and watch those based on real-life:  Heaven is for Real and the animation Coco!

My favorite interpretation of heaven would have to be Harry Potter and the Deathly Hallows. Perhaps it is just the slight Potterhead in me talking but the idea of being in a place, safe and familiar (remember this is Harry’s first ride to Hogwarts after his destitute life at Privet), with the person you recently lost greeting you (so you could go together to meet all your other loved ones who went before you), sounds perfect to me.

It would have been better if his parents were there to greet him, you might say. But for me, Dumbledore serves as his transition to his new being (if he had died that day). He had known him and had looked up to him. It gave him the feeling of peace. In the movie, Albus gave him wisdom; that is why he knew that only a part of him died and that it isn’t his time to ride the train yet. When my time or your time comes, whichever comes first, I pray that God sends us someone who will give us peace. Peace to transition us when we cease to be.

Breakthrough on the Soul

To close, I wish to go back to the article published in 2017. The researchers and physicists, Dr. Stuart Hameroff and Sir Roger Penrose had a breakthrough discovery about the soul in their work on the Quantum Theory of Consciousness. They found that the “consciousness of humans” can be located in the brain and that it continues to exist even after we die. For clarity, I quote:

“Their ‘provocative’ theory states that the human soul is be contained by the brain cells in structures inside them called microtubules.

The two researchers believe the human brain is in fact a ‘biological computer’ and the ‘consciousness of humans’ is a program run by the quantum computer located inside the brain that even continues to exist after we ‘die.’”

Eternal life now has a scientific basis. This is perhaps the best news we have ever gotten about death. For all the souls who went ahead of us; and for all of us waiting to be called Home; may our Creator, the maker of the universe, grant us eternal life. Amen.

5 Replies to “Our Soul in Life and in Death”