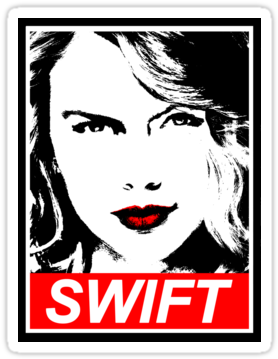 (Credits to clipartmax.com for the images in this post)

I turned 39, recently.  If life begins at 40, I must be in my embryonic period right now.  And life couldn’t be more supportive.  It gave me a PAUSE button so I could regroup, bond with my little family, assess my past and plan for my future.  And oh, I also got to share this time with the world.

I used these past two and a half months exploring the unchartered at home.  To avoid monotony, I challenged myself to do something new.  So, I tried cooking and baking new dishes and pastries, pushing for higher levels of exercise, watching a whole new genre of movies/series, writing a blog, reading different kinds of books and listening to new beats of music.  One day, I came across Ms. Americana on Netflix and my journey as a Taylor Swift fan began.

Of course, I have heard of her in the past.  I can sing some of her popular songs on videoke but I never found the time to get to know her other songs, or her as a singer and as a person.  Finding out she is a prodigy (at least in song-writing) is mind blowing!  She would start with a feeling, then turn it into a concept.  A few words and tunes would come naturally to her. Then, a little later, here’s the song she’s singing on demo.  A few days after its release, a bunch is sold, it’s climbing the charts and suddenly people know the lyrics by heart.  Even if you hate Taytay /teitei/, this is amazing!  I bet, even Kanye is thinking, she is!

Wikipedia lists, she has 10 Grammy awards, an Emmy, 6 Guinness World Records, 29 AMAs (American Music Awards), and 23 Billboard Music Awards.  She has been on Time, Rolling Stone, Forbes and Billboard’s famous lists.  Selling over 50 million albums and 150 million singles worldwide, she is the world’s best-selling music artist of all time.  She has been name the Global Recording Artist of the Year, Woman of the Decade and Artist of the Decade. Whoa! Right?!

She shines with humility

Taylor Swift is known to write her songs based on her own experiences.  This makes her songs very relatable.  As a very popular artist for almost half her life now, and still able to write about topics where masses can relate, we know, her feet is still very much on the ground.

Back to December flaunted her humility by a heart-breaking apology to her ex.  If you are like me, who likes to analyze song lyrics, you will see that this theme also shines through her words in her other songs.

She has explicit emotions

Most of her songs, if not all, is all about love… or failing at it and she is brilliant at expressing how she feels.  Without holding back, she bares her all and I think, this is why Swifties around the world love her like they do.  She wrote Our Song when she was 17 and it, undeniably, hit young and old hearts alike, as well as, the Billboard Chart on no. 1 during that time.  It was great how she twisted the idea that despite being a songwriter, the song she wrote seems to say that there is no need for one.

Lover is a song that could give you the vibe of being in love.  I have been married to the husband for 11 years now and hearing this song brings me back to when I was just falling for him.  I feel like my heart wanted to say the very same words this song says.

The fact that she addresses her critics through, none other than a song is also another thing I find her adoring.  Blank Space was apparently written to humor those who were criticizing her for the many men in her life.  Instead of responding negatively and feeding her detractors with the very thing they want from her, she did what she did best and produced this catchy tune.

We all get the groove on from Shake It Off.  When it plays, we can’t help but follow the beat with whatever and however we can.  We nod our head, we swing our arms, we sway… If you listen to the words, the message it brings is hopeful and very optimistic, saying it’s gonna be alright.  This song is a cheery reminder to ignore what others might be saying about us, because, haters gonna hate and fakers gonna fake.  In the end, it’s what we think of ourselves that matters.  What do we do with negativity from outside? We shake. It. Off.

Her voice also wishes to make a change

A fan of the pop genre and happy tunes in general, my favorite, nowadays, is The Man. I love it even more when I looked into its words.  Though, I do not have gender inequality experience first-hand, I am aware of how women are treated less (of a human) by men, in terms of abuse, in relationships, at work, and others.  Whenever I hear this song, I feel empowered as a woman.

Even Taylor, herself, sometimes, cannot believe what she has accomplished.  Through her songs, she did not only entertain people but she helped them cope with whatever they might be going through.  Knowing her only recently, I get inspired by what can be achieved with hard work and perseverance.  This, I made sure, I related to my son.  Since I make use of this time when my son still loves my company, I try to feed him inspiration, motivation and positivism as much as I can.

I hope Taytay continues to be her own person, close to her parents and to her friends and I hope she finds the love of her life, the one that she truly deserves.  Fans my age are certainly waiting for her to go into the married and family life.  She will, then, undeniably, write about them and for them, and all of us will swoon as we relate to each and every magical word and note she puts lovingly together.